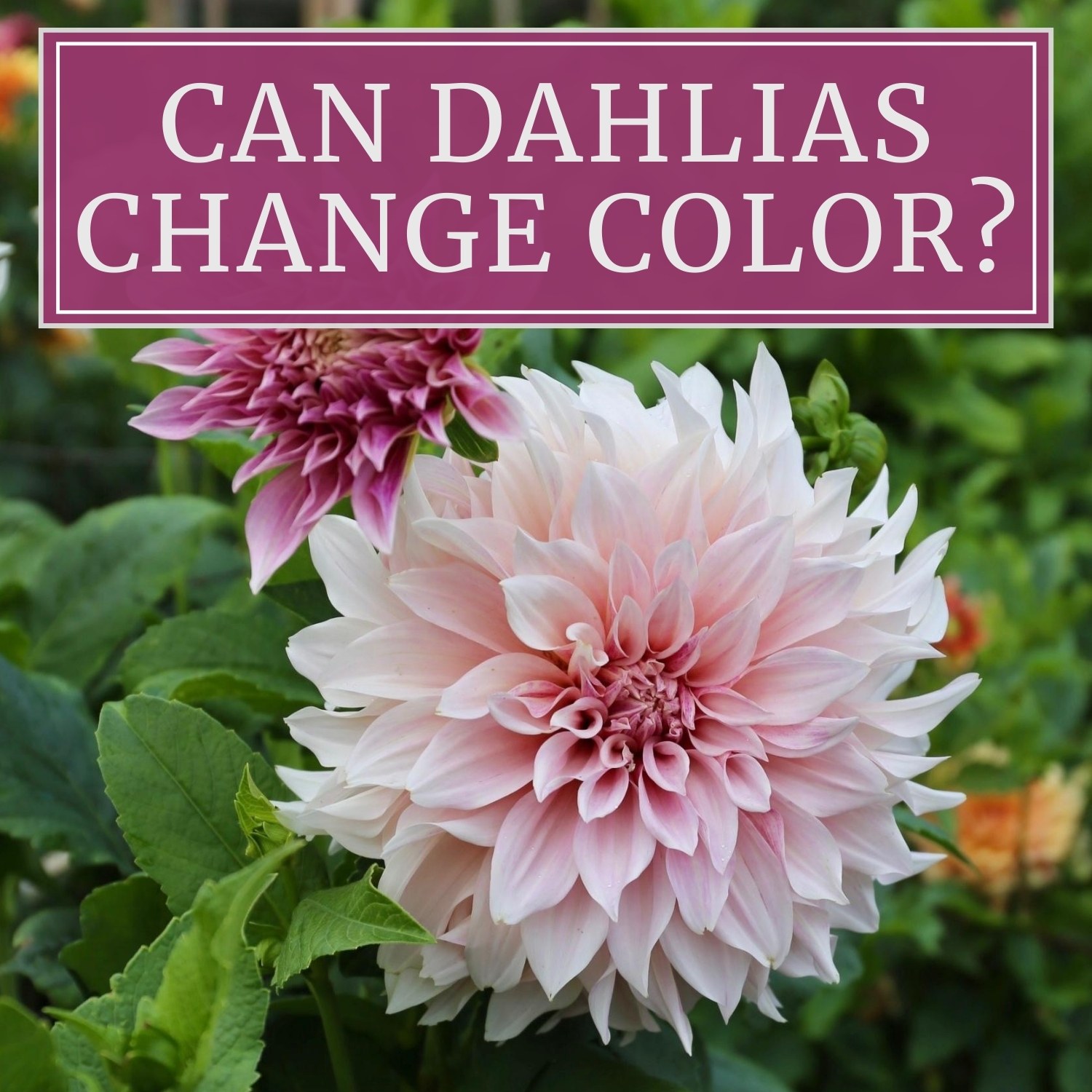 Dahlias are available in an astonishing range of flower sizes, styles and colors. This incredible diversity is part of what makes them so much fun to grow. But the dahlia’s variability can also produce some puzzling effects. Read on to find out why dahlias can both delight us… and keep us guessing. 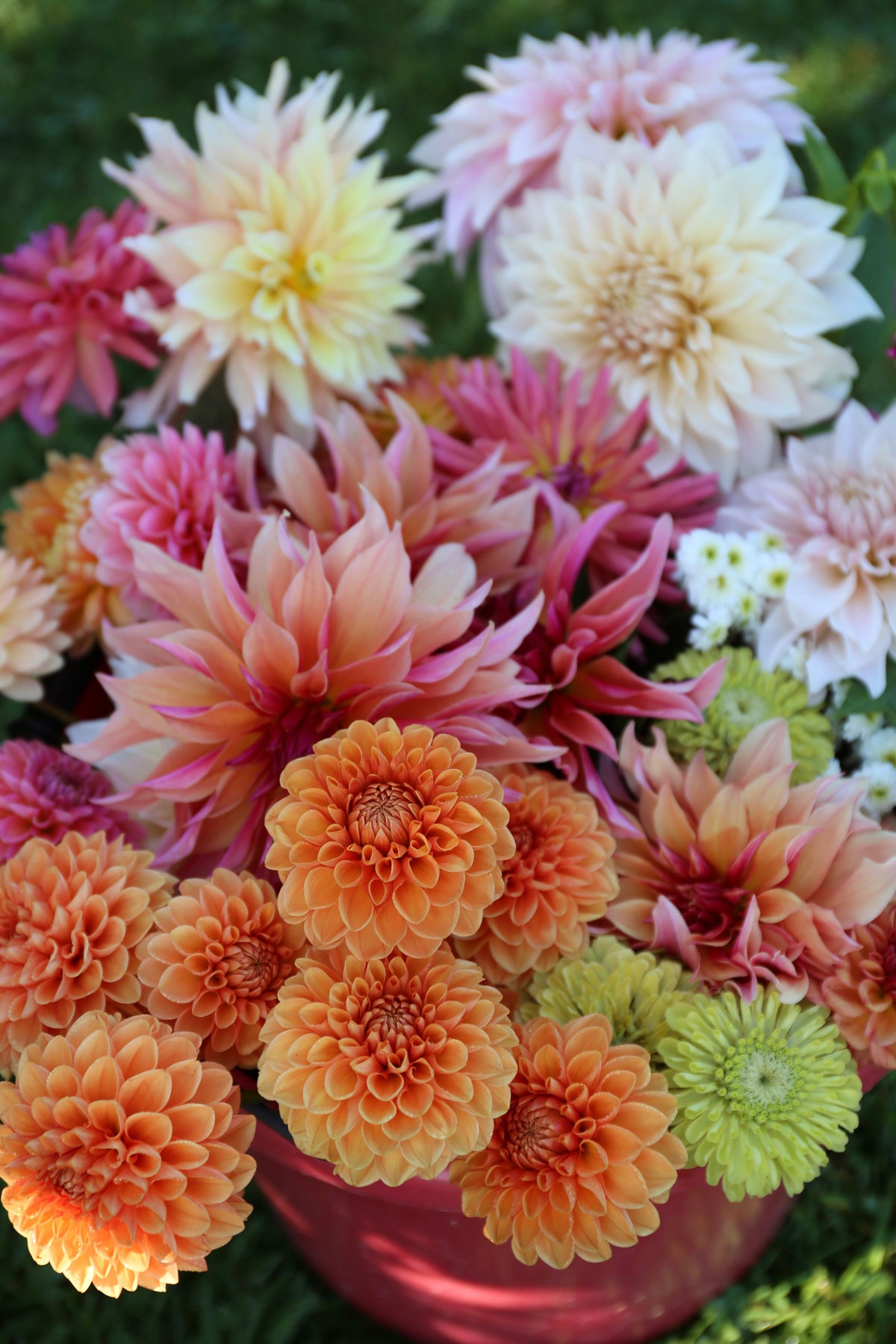 Most plants and animals have two sets of chromosomes. Dahlias have eight. On a genetic level, this makes them inherently more unstable than other garden plants. Dahlias also have pieces of mobile genetic material (transposons) that can move from one chromosome to another and alter the plant’s genetic makeup on the fly.

This genetic instability is what makes the dahlia genus so diverse. Cultivars that display two-toned, speckled or striped petals were a solid color at some point in the past. Plant breeders look for and then attempt to stabilize these variations so they can be introduced as new cultivars. 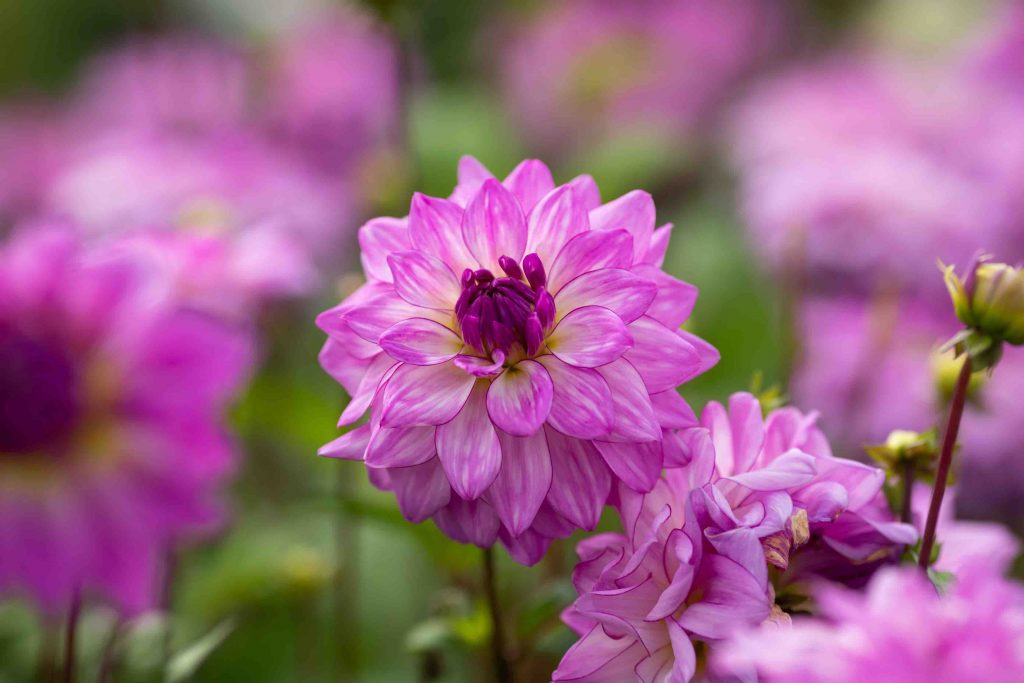 But dahlias are also unpredictable. It’s possible for a plant to produce bicolor flowers one year and mostly solid-color flowers the next. Conversely, a solid-colored cultivar may undergo stress-induced or spontaneous mutations and be a bi-color the next year. There can also be a complete color break, with a plant suddenly starting to produce flowers in a completely different hue.

The hugely popular dahlia cultivar ‘Café au Lait’ is well known for its color fluidity. Over the course of a single growing season, a plant may produce flowers that are buff, cream, pale yellow, blush pink or even white with streaks of violet-pink. In fact, a variation with pink and purple striped petals has recently been introduced as ‘Café au Lait Royal’. 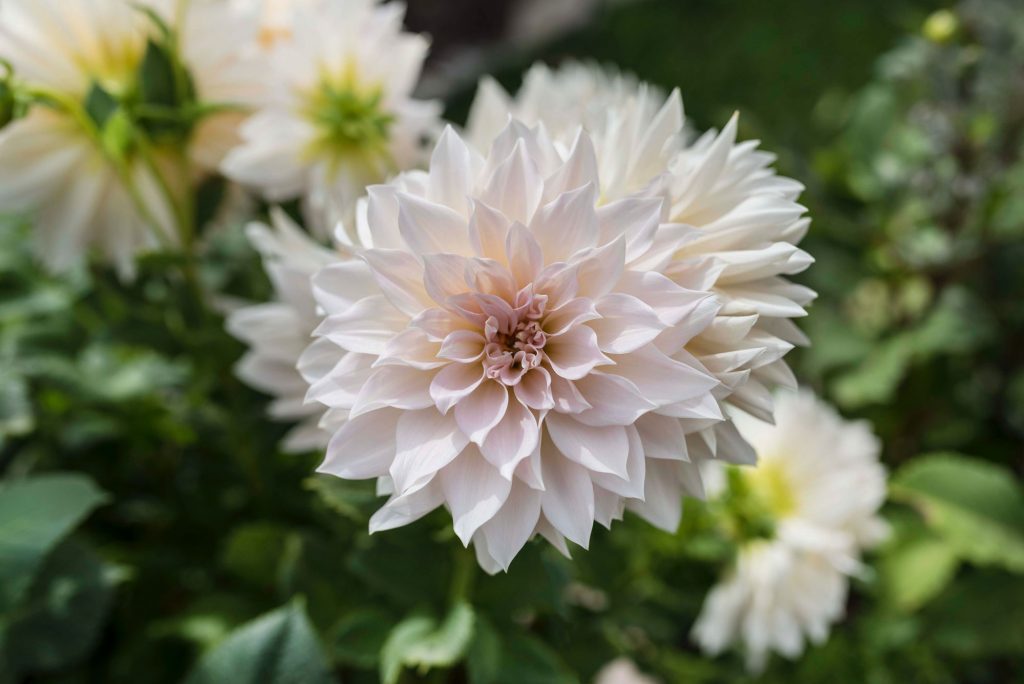 In the wild, dahlias resemble daisies, with a single row of petals around a prominent center. Though most of the cultivars grown today look totally different, there’s no guarantee they will stay that way. A decorative or dinnerplate dahlia can bloom as expected for many years and then suddenly go back to producing single flowers.

Don’t let the dahlia’s unpredictable nature put you off. Most cultivars are relatively stable and you can count on them to produce flowers with a consistent appearance. But experienced dahlia growers know to expect some surprises. It’s all part of the fun. 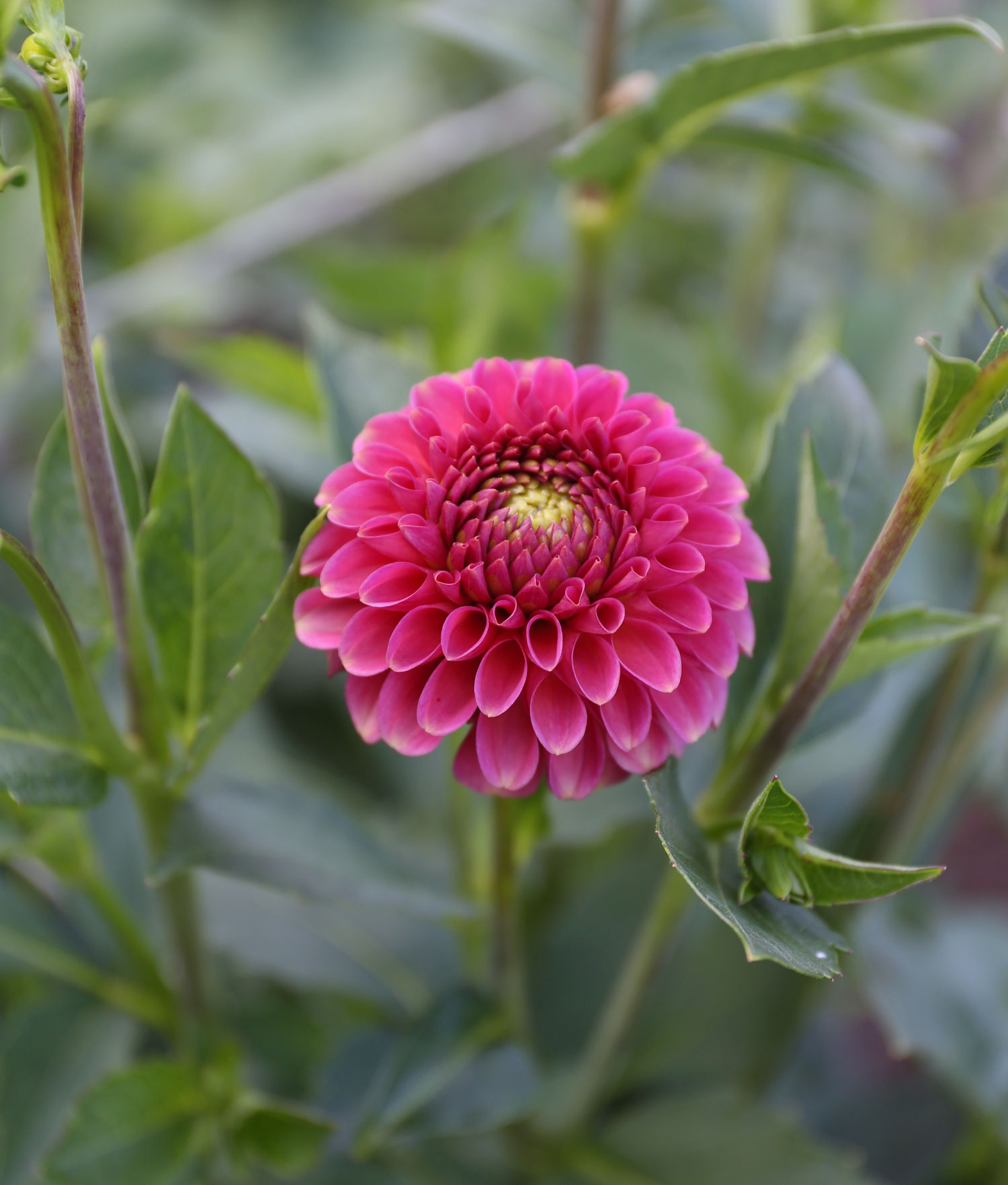 In addition to their inherent genetic variability, dahlias also have a high degree of what scientists call “plasticity.” This means that more than most other types of plants, dahlias are acutely responsive to environmental conditions.

Weather extremes can have a rapid and significant effect on their rate of growth as well as on when they start blooming, the size of the flowers and total flower production. Interestingly, cultivars can respond very differently to the same set of growing conditions. No wonder dahlia forums are so active! 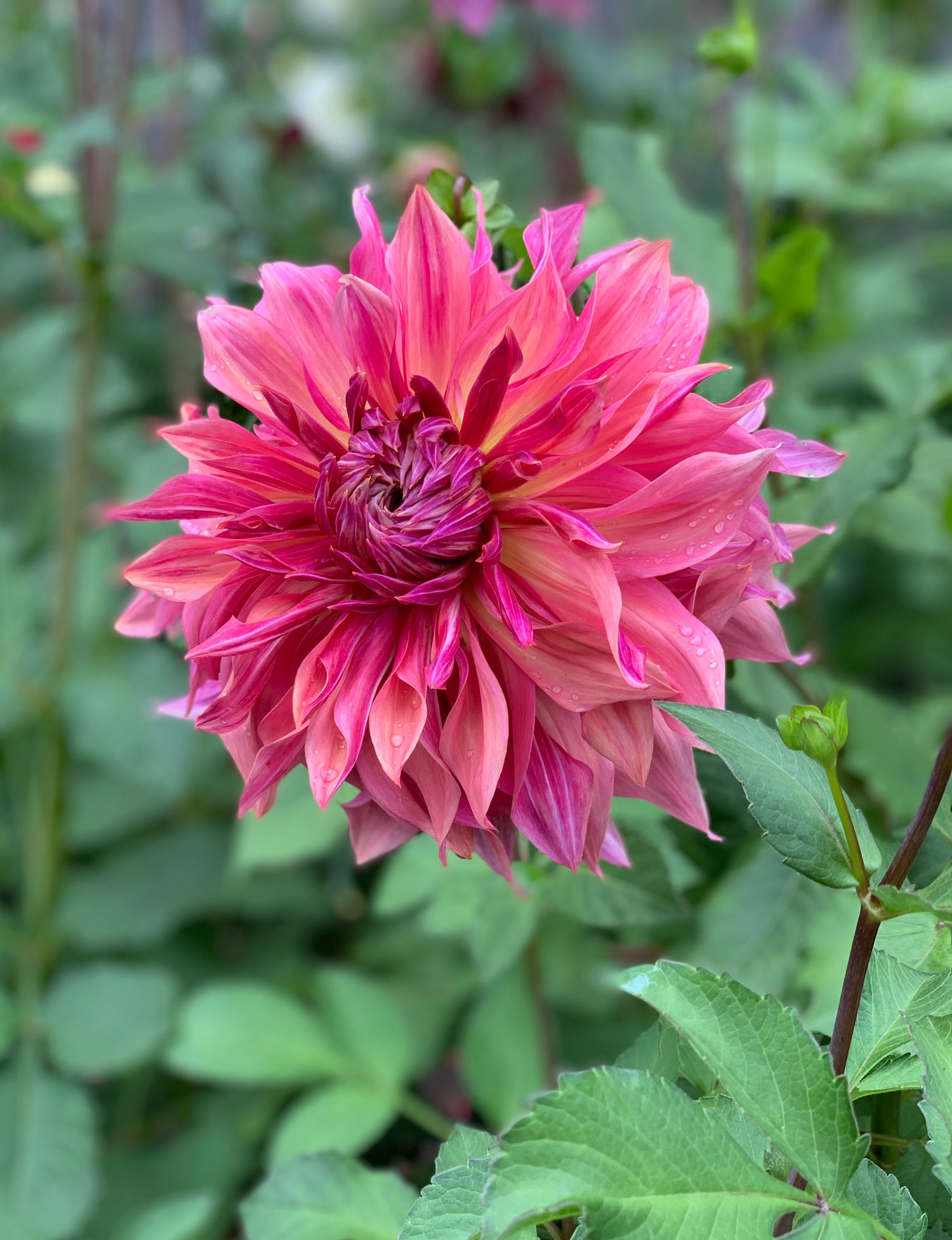 Flower color can be surprisingly variable, depending on where the plants are growing. Tubers from the same grower can yield different results. The dahlia ‘Diva‘, for example, might lean toward red in Michigan and purple in Massachusetts. Penhill Watermelon may look peachier in Oregon than it does in Ohio.

Dahlias can also change color. While we count on most annuals and perennials to produce the same color flowers throughout the growing season, this is not always true with dahlias. As the season progresses, colors may intensify or take on a cooler or warmer cast. You may even see several color variations on the same plant — at the same time.

If you are up for the ride, growing dahlias can be quite an adventure. 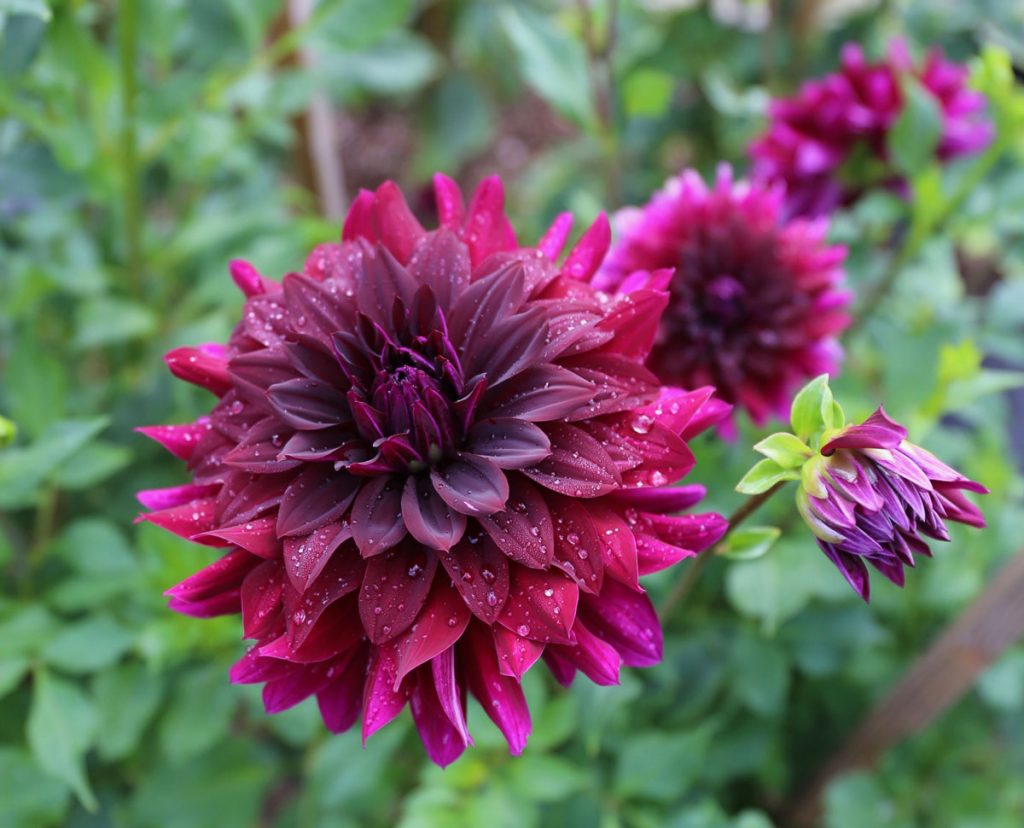