Colorful Heucheras for Sun or Shade 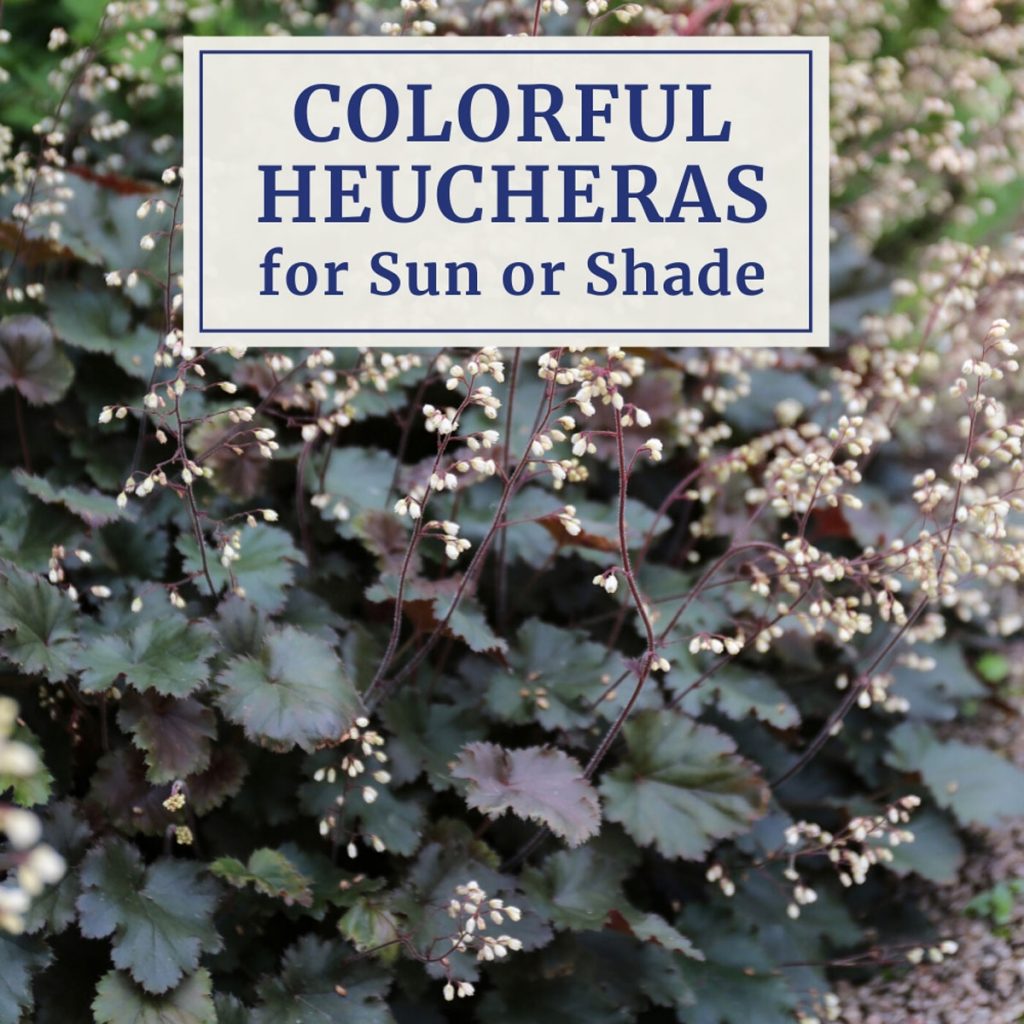 Heucheras have come a long way in the past 30 years. Plant breeders have transformed this family of North American natives into an entirely new category of must-have perennials. There are now dozens of fabulous varieties to choose from, in foliage colors that range from lime green and butterscotch to burgundy and almost black.

To create this new generation of heucheras, plant breeders have hybridized a number of native species including Heuchera americana, micrantha, sanguinea and villosa. In addition to highly ornamental foliage, these heuchera hybrids have improved hardiness and vigor and are also more sun and heat tolerant. 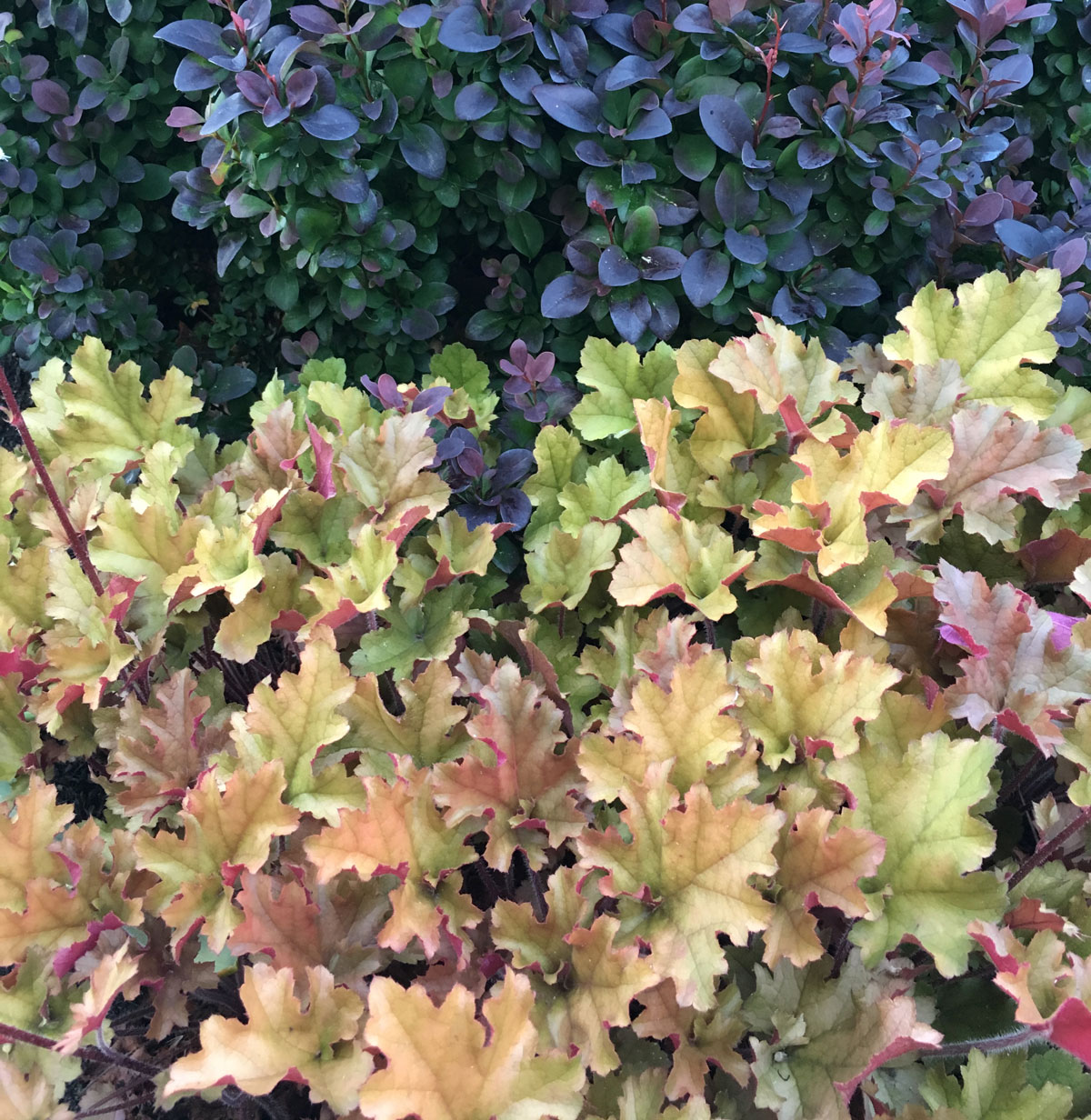 What to Know About Heuchera

Heucheras are herbaceous perennials that grow about a foot tall and a foot wide and have a mounding habit. The leaves are 3 to 5” across on long stems that emerge from the base of the plant. Though these plants are usually grown for their ornamental foliage, most varieties also produce a nice display of flowers. These airy wands of cream, pink or red bells are subtle, but make pretty cut flowers and attract hummingbirds. They’re also the source of heuchera’s common name: coral bells. 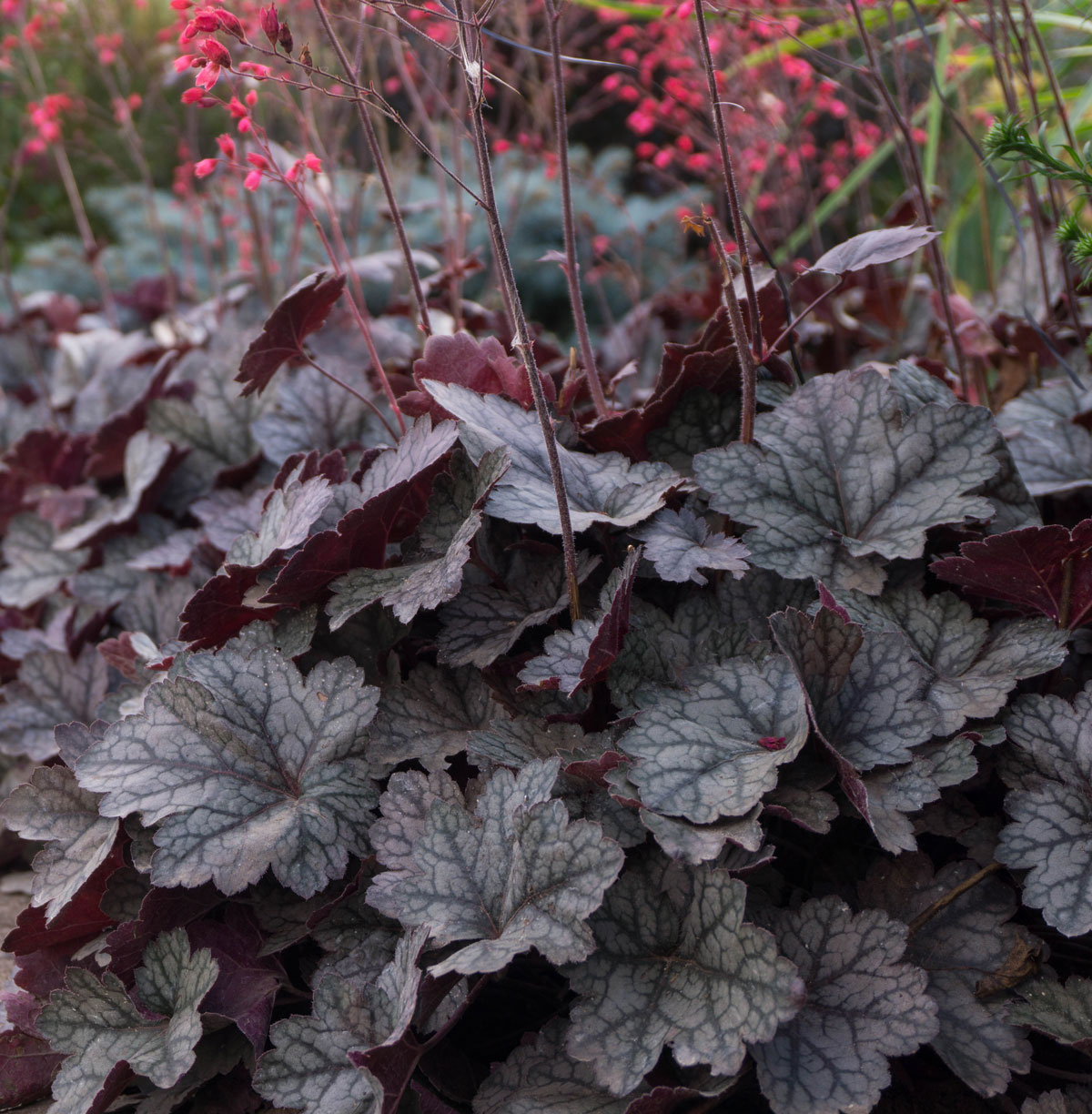 Though heuchera are generally considered cool climate perennials, some varieties are not bothered by heat and humidity. If you garden in hardiness zones 7-8, look for heucheras that have H. villosa or H. americana in their parentage. Both of these species are native to the southeast. You can usually recognize their hybrid offspring by the larger, somewhat fuzzy leaves. Examples include Southern Comfort, Georgia Peach, Caramel and Fire Alarm. 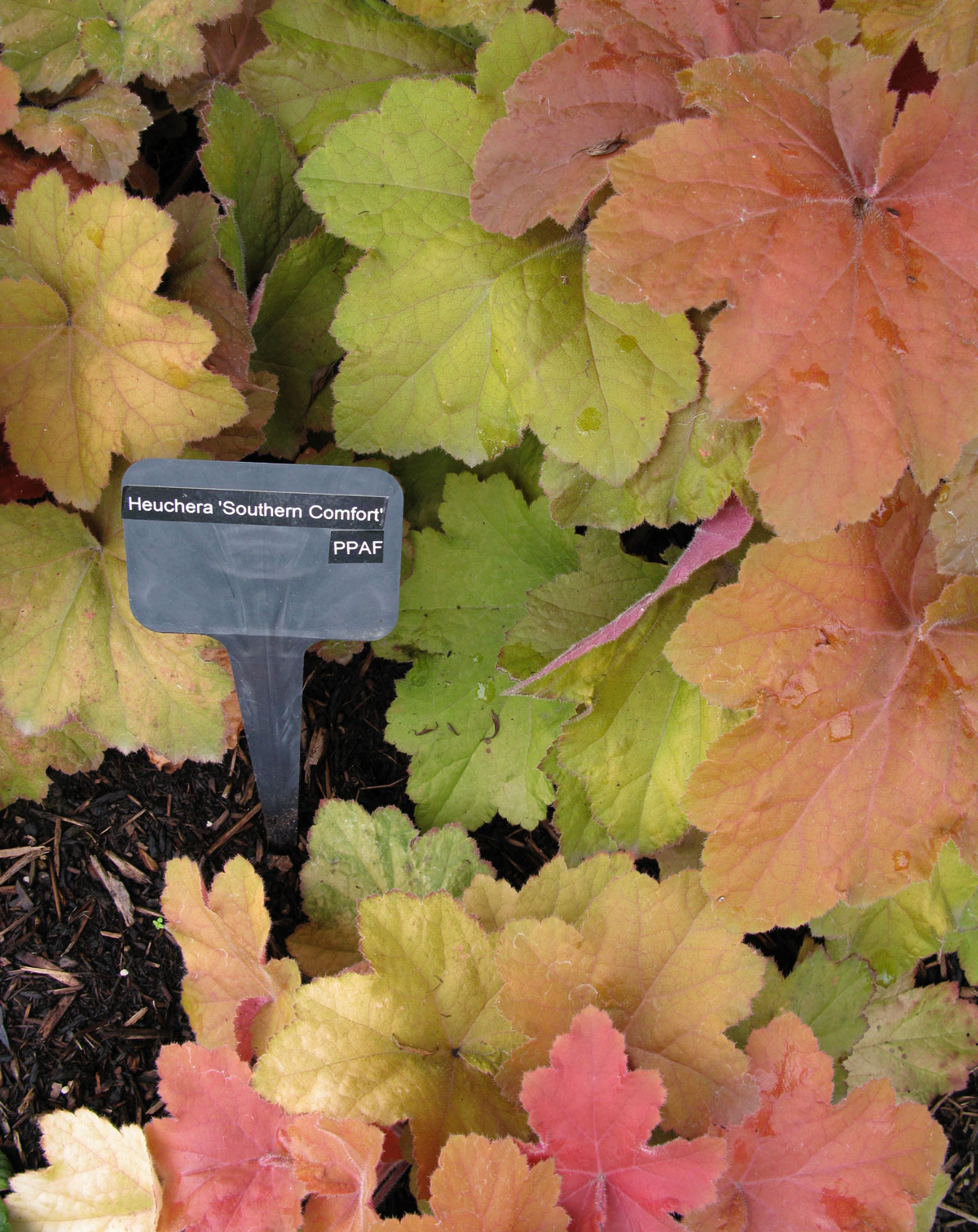 Heucheras are happiest growing in partial shade or morning sun, although in the northern half of the country most of them will also grow in full sun. Dark-leaved varieties such as Palace Purple are usually the most sun-tolerant.

One thing heucheras do not like is soggy soil. In the summer, wet weather or overwatering can cause the crown of the plant to rot. In winter, water-saturated soil can freeze and push the plants out of the ground. For best results, choose a planting location with fertile, well drained soil. Heuchera are rarely troubled by pests or disease. If you see signs of mold or rot, the soil is probably too moist or the plants need better air circulation. 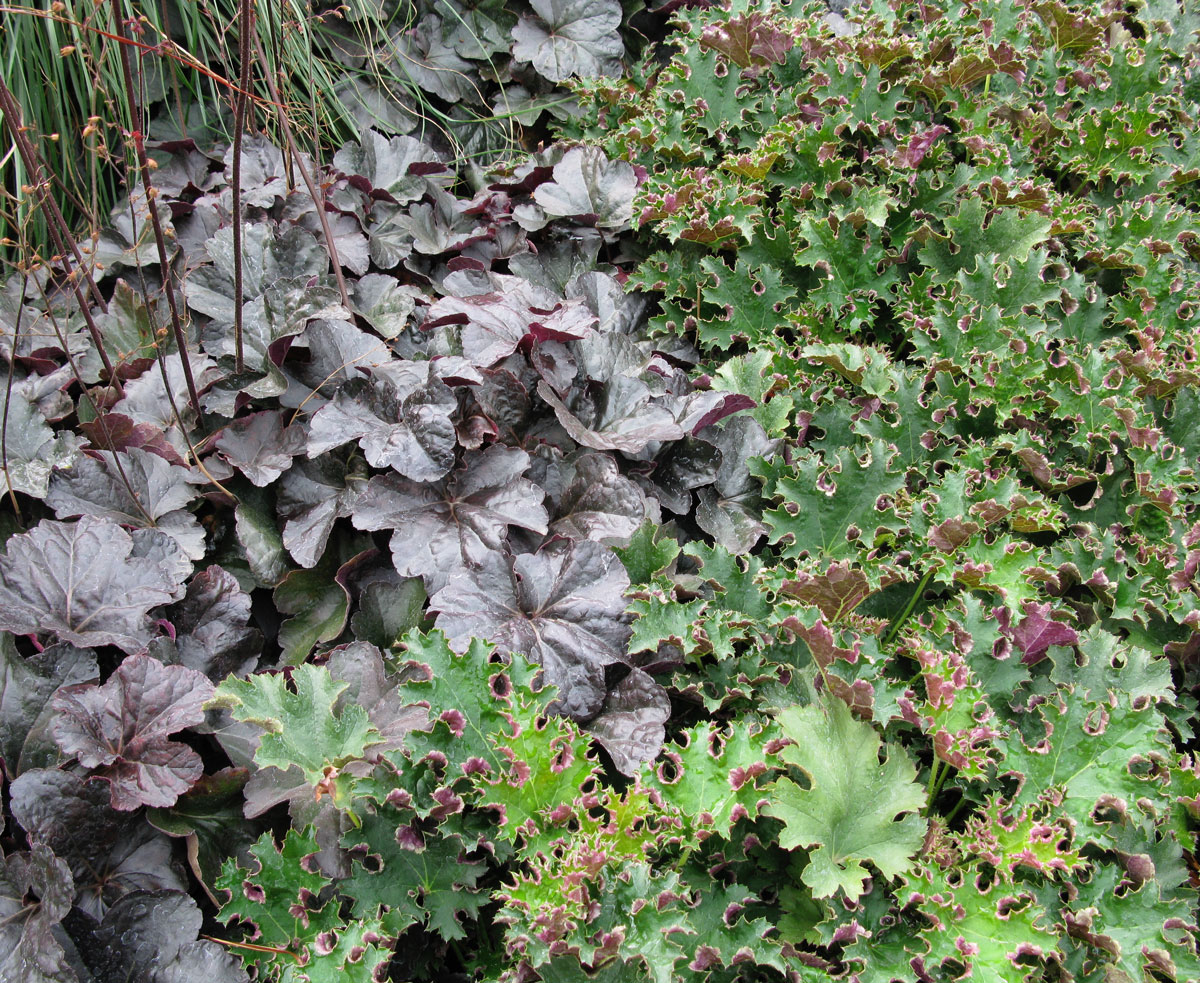 Herbaceous perennials such as heuchera die back to the ground during winter. When spring arrives, cut off any old leaves that are still attached to the base of the plant. This will give you a nice display of fresh foliage. Divide the plants every 3 to 5 years to maintain its vigor. 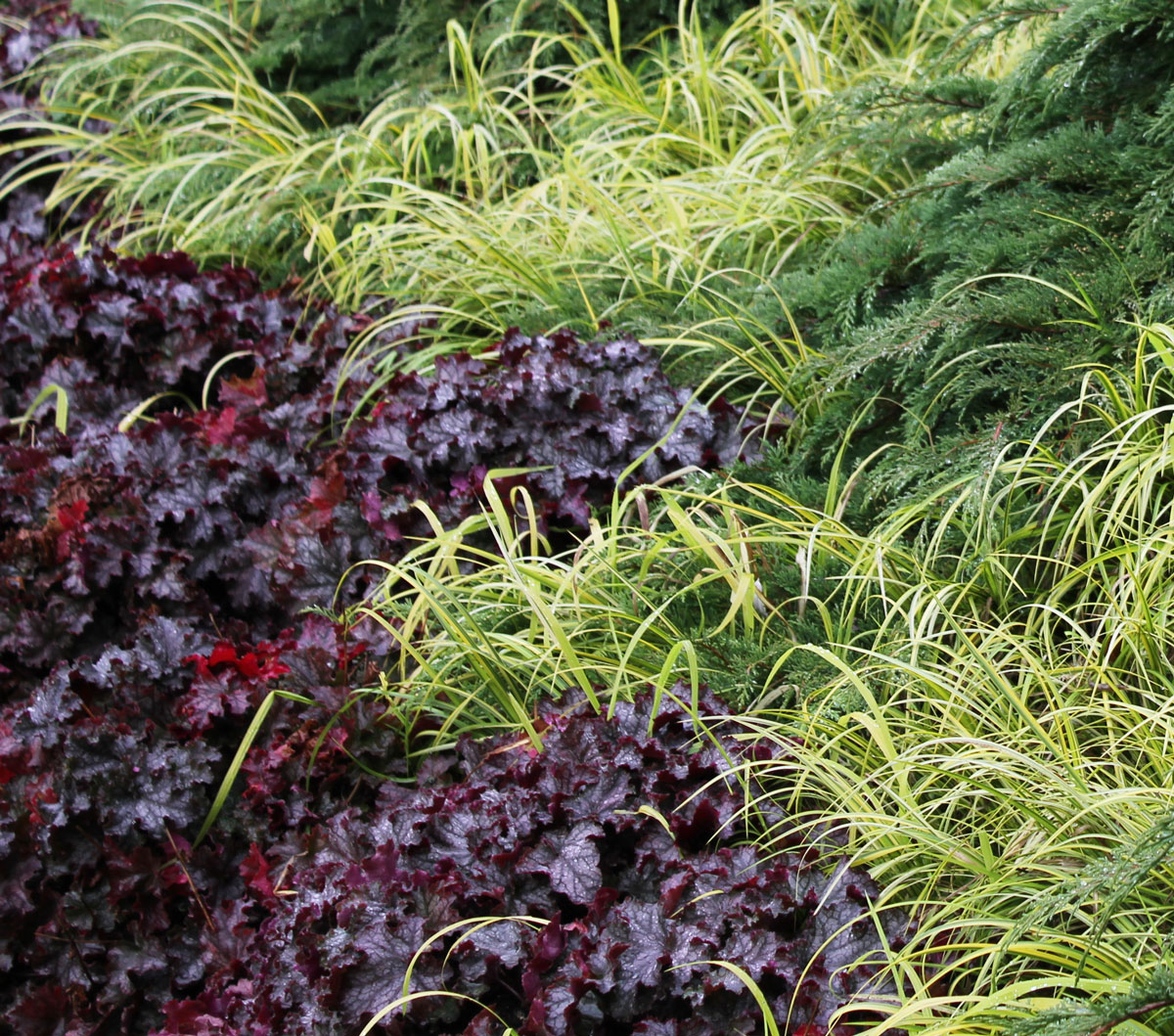 How to Use Heucheras in Your Garden

Heucheras are excellent companions for other shade loving plants such as ferns, hostas, dicentra, hellebores, astilbe and spring bulbs. In the north, most varieties grow well in full sun. You can use them to fill out the front of a perennial border or as a ground cover along with ornamental grasses or low-growing evergreens. Heuchera also grow well in containers. Try pairing them with other interesting foliage plants such as oxalis, carex and hakonechloa. 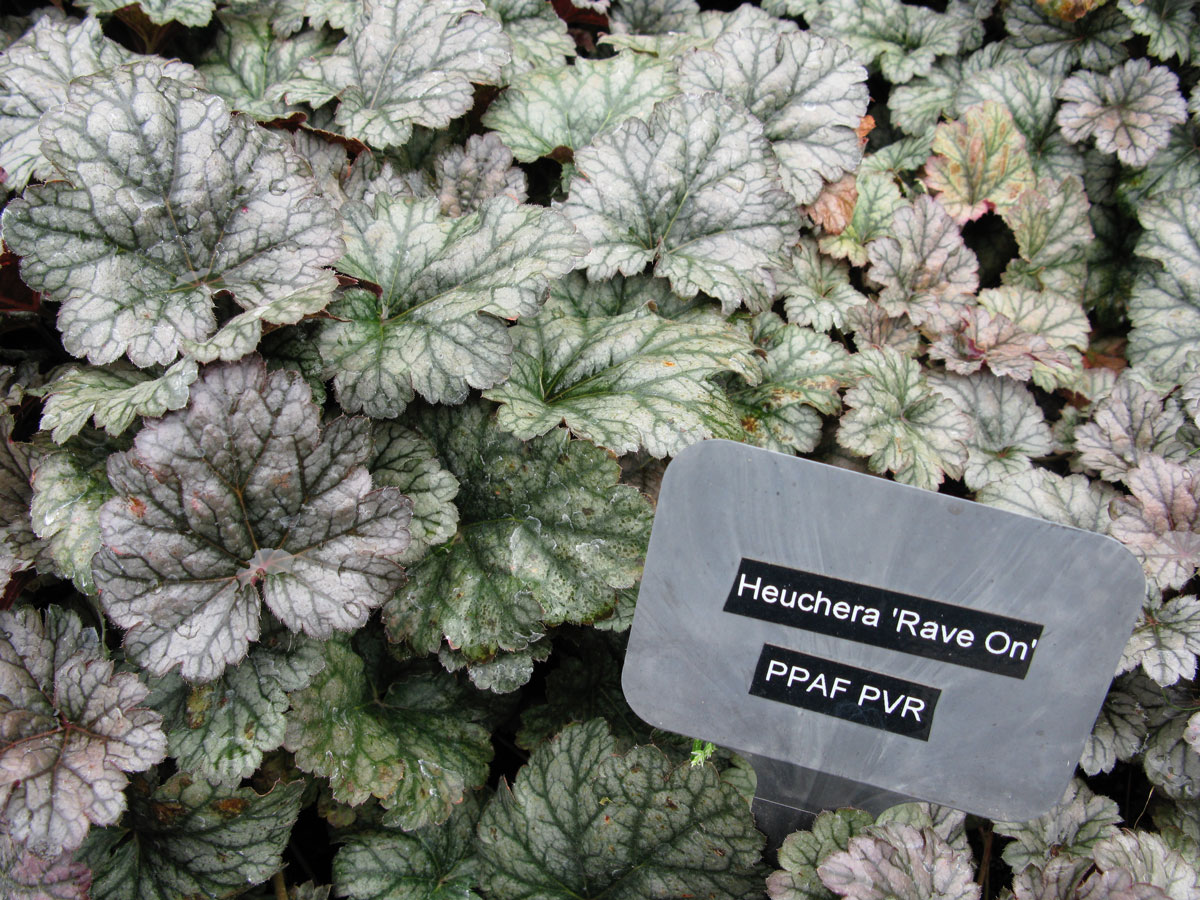 With so many varieties to choose from, how do you decide which heucheras to add to your garden? During 2012-2014, the Mt. Cuba Center in Delaware evaluated 83 varieties of heuchera. Top performers were: Citronelle, H. villosa ‘Bronze Wave’, Cajun Fire, Color Dream, Steel City, Carousel, Apple Crisp, Frosted Violet, Southern Comfort and Spellbound. 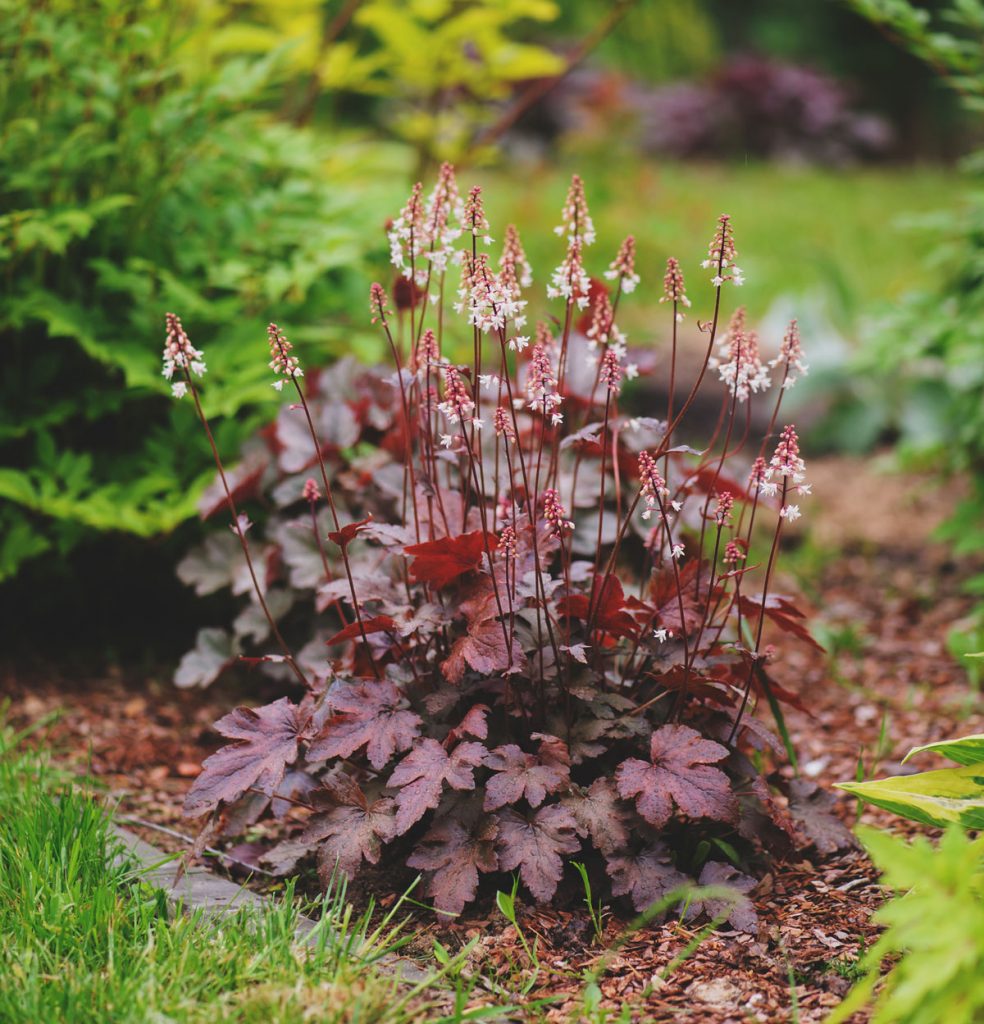 When shopping for heucheras, you may also see their close relatives, heucherellas. These plants are a cross between tiarella (foam flower) and heuchera. Heucherellas combine the disease resistance and higher moisture tolerance of tiarellas with the more colorful foliage of heucheras. Gardeners in humid climates often find heucherellas easier to grow than heucheras.

To learn more about gardening in the shade, you may want to read: 10 Easy Perennials for Shady Gardens, Best Ground Covers for Shade and How Sunlight Affects Plants.