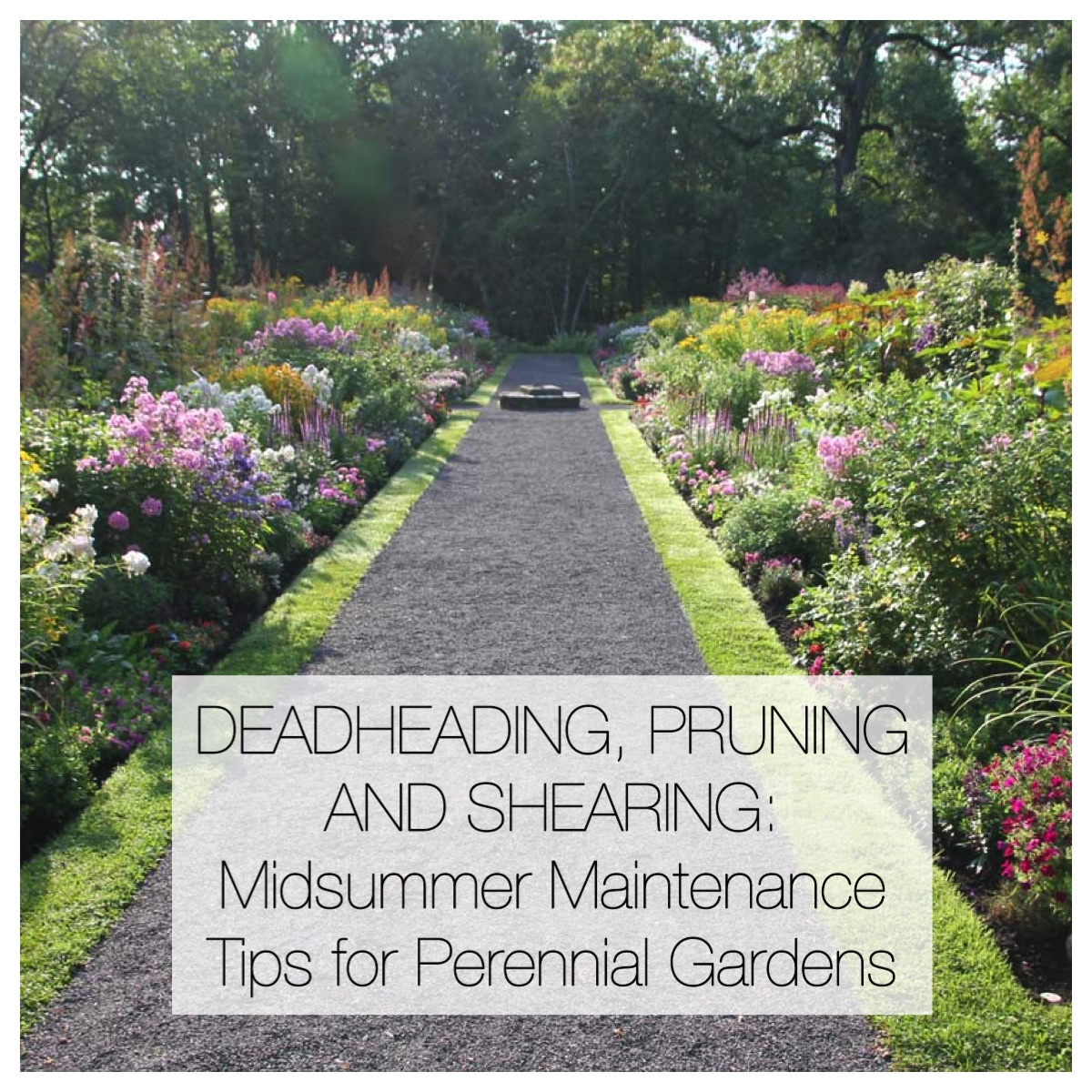 Part of what makes public gardens like Sissinghurst, Kew or Longwood so impressive, is how well the plants are tended during the growing season. Keeping a perennial garden looking good from May to September is about more than good design and smart plant choices. It’s also about maintaining the plants so they always look their best.

The horticulturists who tend these show gardens follow set schedules with month-by-month instructions for each type of plant. There’s one protocol for peonies and another for phlox. They know exactly when it’s time for the foxgloves to be cut back and when the dianthus should be sheared. 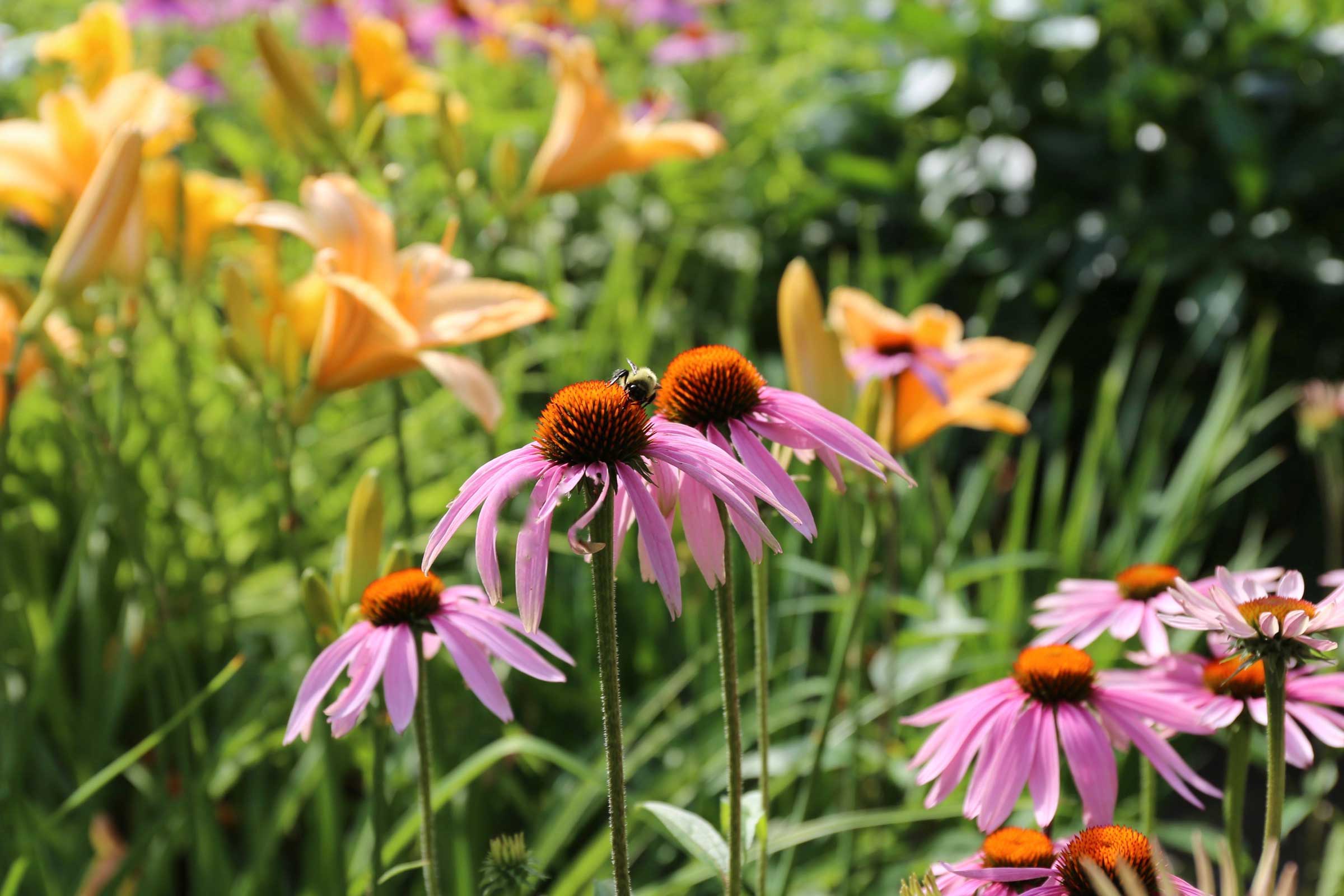 These summer maintenance tasks are just as important at home. Without some basic deadheading and cutting back, a perennial garden that looked fantastic in June can look like a mess in August. Now is the time to take action!

As flowers fade, remove them as soon as possible. This way, plants don’t waste energy trying to set seed. Biennials and short-lived perennials are the exception (including sweet William, hollyhocks, aquilegia and biennial foxgloves). For these, producing seed is a good thing. Wait and cut them back after some or all of the seed pods have matured and released their seeds. 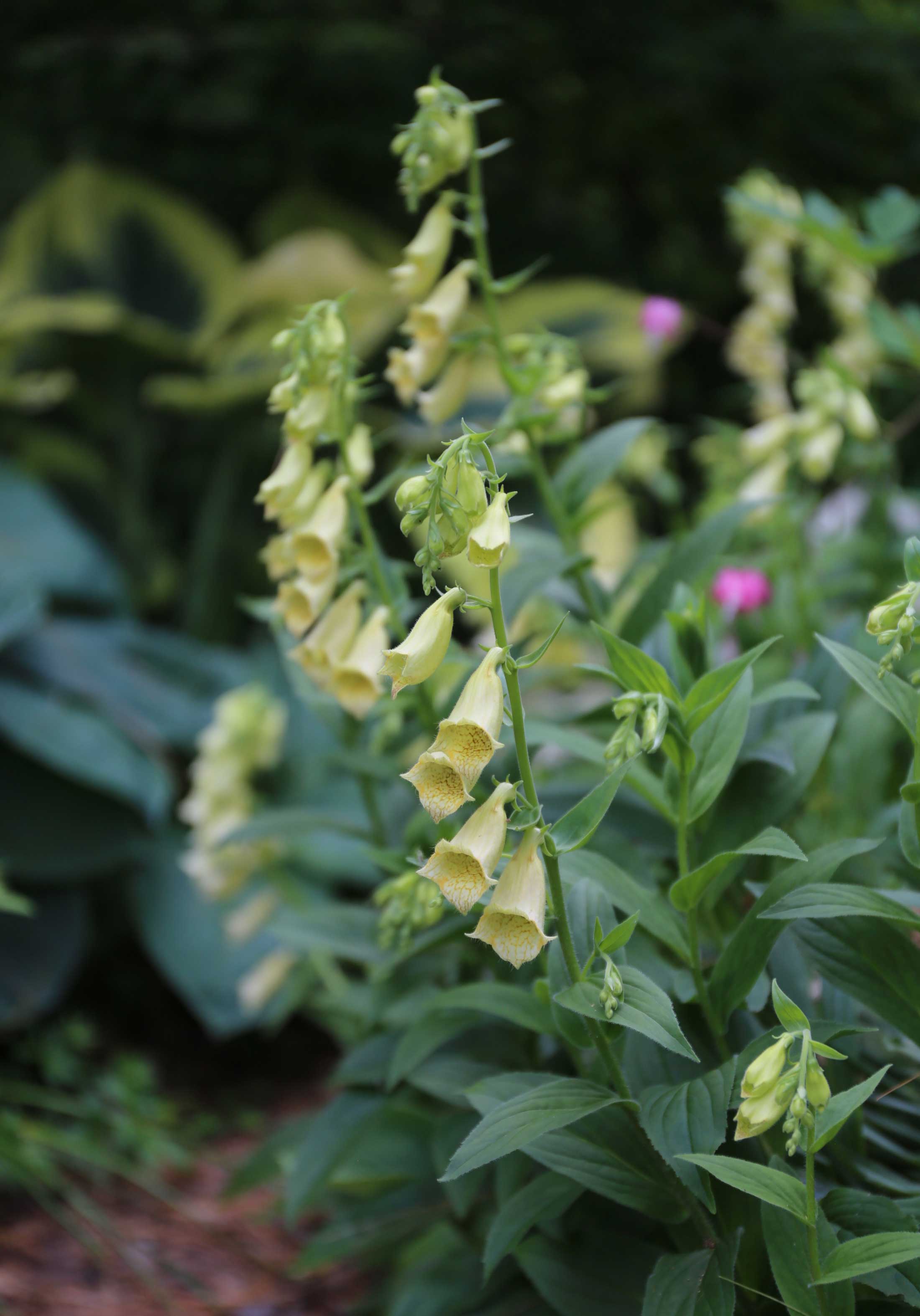 Remove Both Flower and Stem

Some plants produce flower stalks that are separate from the rest of the foliage. For these, (such as daylilies, primroses, heuchera, hosta, campanula and pulmonaria), you can cut back the entire flower stalk right to the base of the plant. In most cases the plants will not rebloom, but removing the flower stalks improves the plant’s appearance and will direct more energy to the roots.

If the flowers have finished blooming, but the stems are still green, start by removing only the flowers. Once the stalk has yellowed, you can cut that off as well. Use this approach with iris, achillea, alchemilla, astilbe and most salvias. 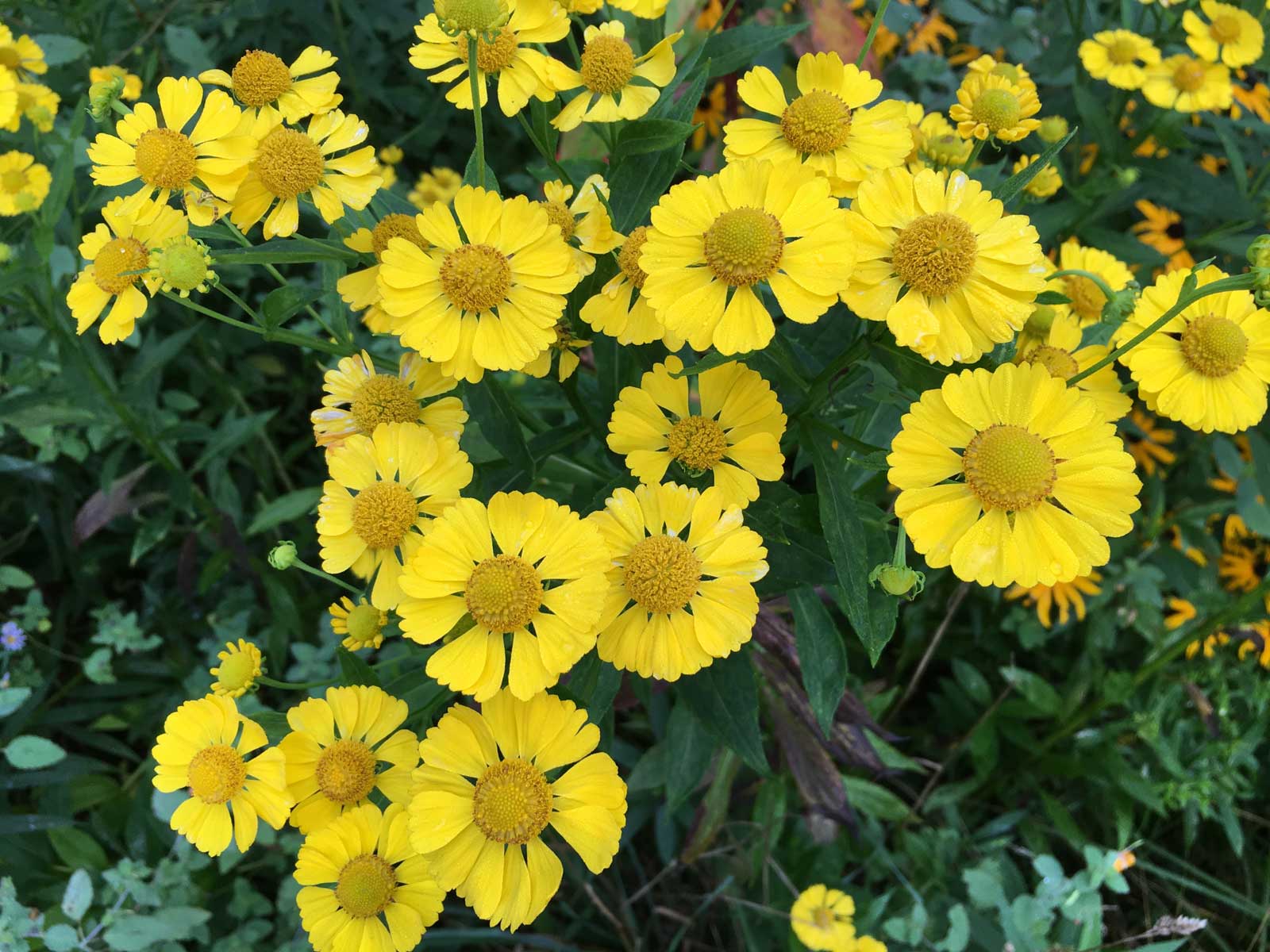 Cut Back to Unopened Buds

Long-blooming perennials such as knautia, buddleia, delphinium, veronica and phlox paniculata, continue to produce additional buds after their first flush of flowers. When removing spent blooms, leave the next set of buds intact. Once all the buds are spent, pruning back those stems will keep the overall plant healthier and more attractive.

Cut Back to a Good Set of Leaves

Plants such as peonies, hydrangeas, monarda and lavender produce flowers on the tips of their stems. When the flowers have wilted, prune them off.  Include a few inches of stem, removing enough to create a nicely shaped plant that will look attractive through the rest of the season. 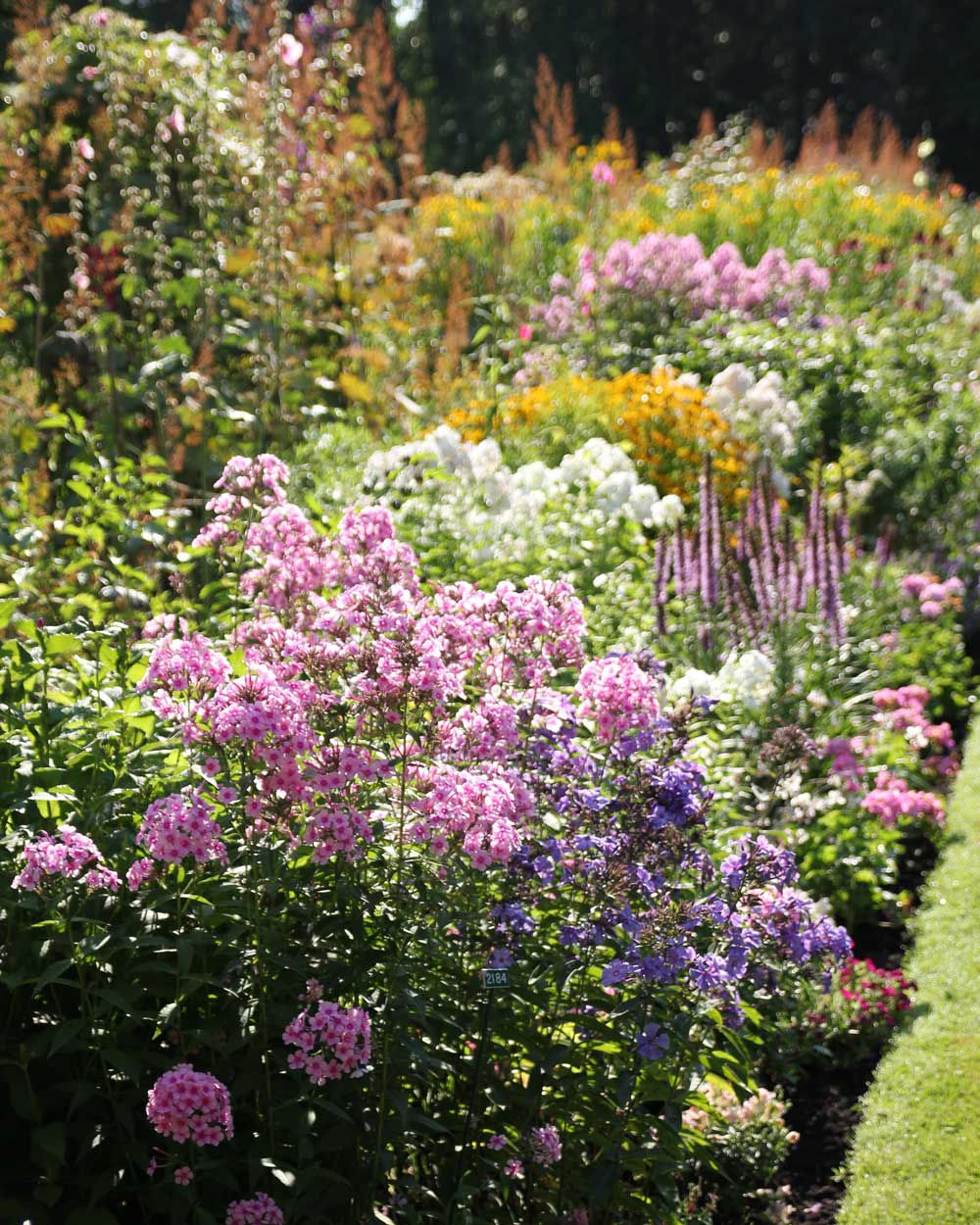 After they finish blooming, some perennials benefit from a pretty aggressive haircut. This keeps them from getting leggy and often stimulates a second round of foliage and flowers. Plants should be sheared as soon as flowering begins to taper off — no later than early August. Fertilizing afterwards encourages new growth.

Some perennials rebloom after being sheared. These include coreopsis, nepeta, cranesbill geraniums and lamium. Others won’t rebloom, but will produce a flush of young foliage. Examples include artemesia Silver Mound, dianthus, veronica and penstemon. 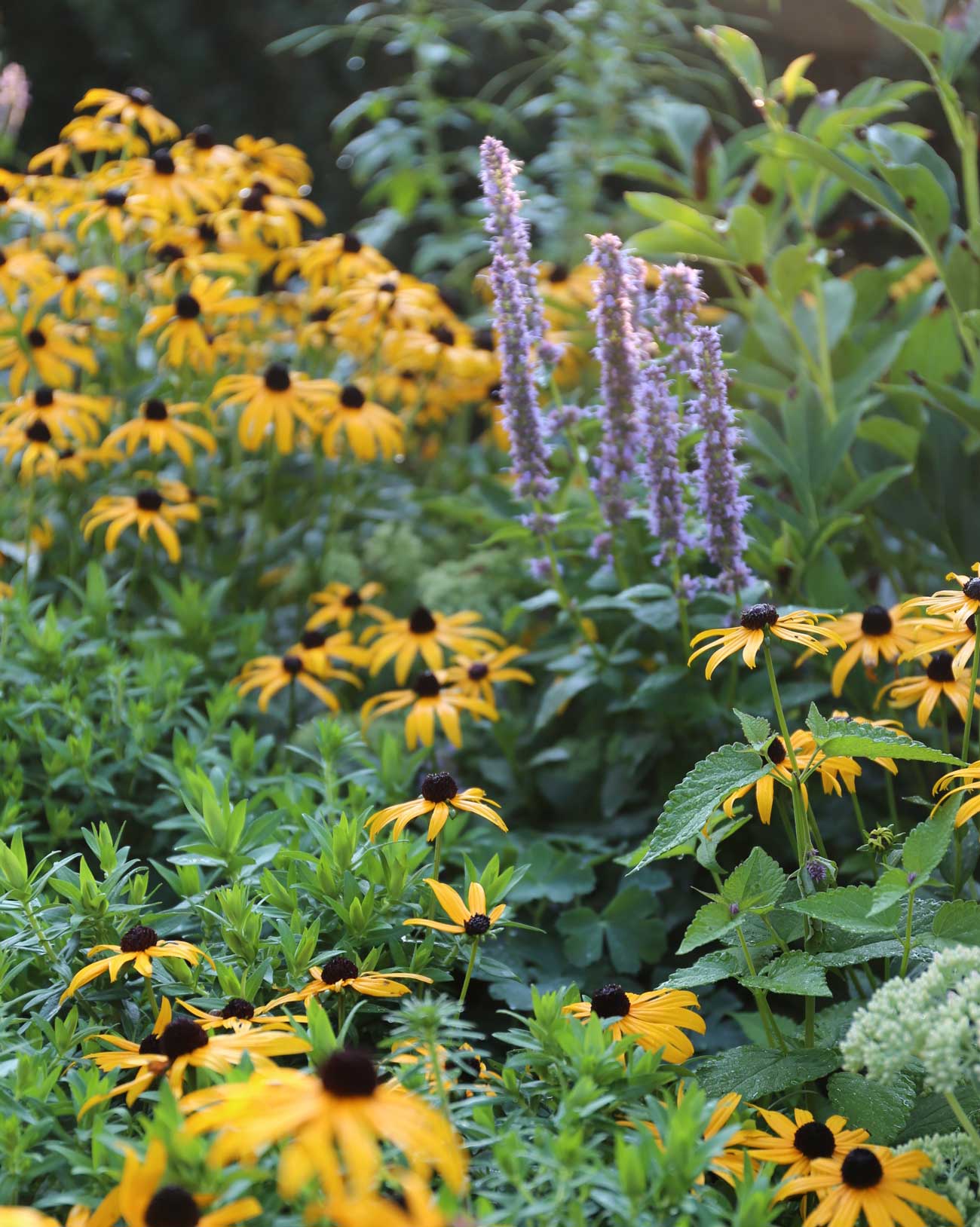 As the season progresses, most perennials benefit from a quick once over to remove dead or damaged leaves. While you’re at it, cut back any stems that are detracting from the overall shape of the plant. Perennials that should be given this midseason clean up include bearded iris, achemilla, achillea, stachys, brunnera and some cranesbill geraniums.

To learn more about deadheading, pruning, shearing and other techniques for maintaining a great-looking perennial garden, I heartily recommend: The Well-Tended Perennial Garden by Tracy DiSabato-Aust