What to Know About Dividing Perennials 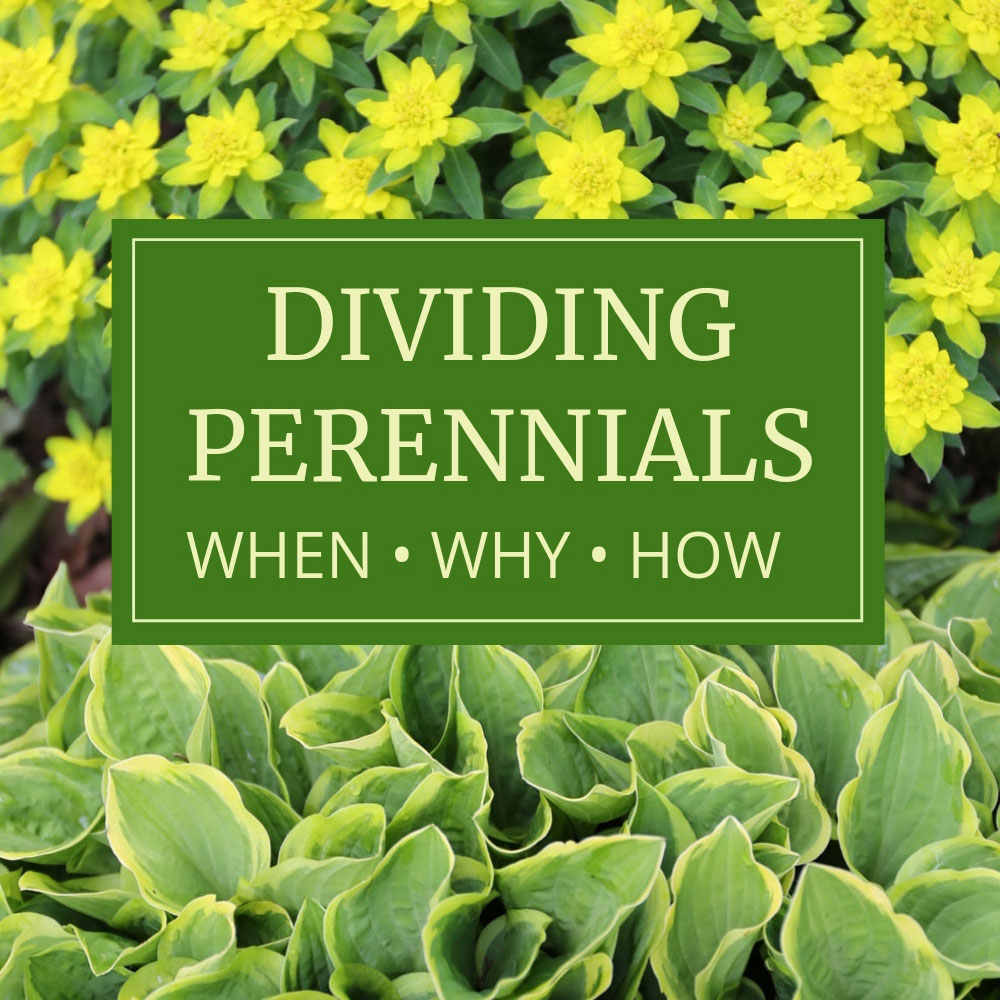 If you have a perennial garden that’s more than five years old, you probably have some plants that need dividing. Though you could just let them be, over time your perennial garden will decline. You’ll have less variety, less color and more chaos.

A regular schedule of dividing helps gardens stay healthy and look their best. Here’s how to figure out which plants may need your attention and how to get the job done. 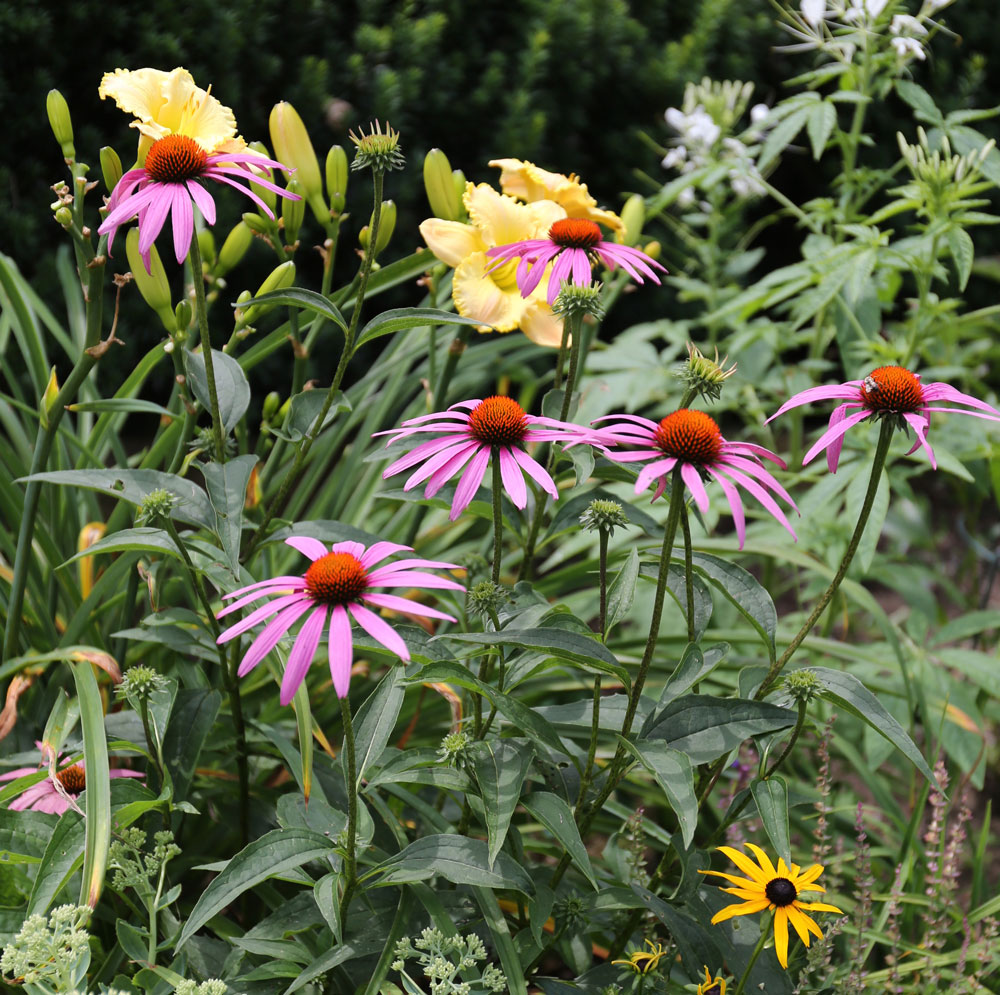 Why to Divide Perennials

A newly-planted perennial garden always looks better once the plants have had a chance to fill out. But after a few years, things usually start heading in the other direction. Plants get too large for their allotted space and begin taking over their neighbors. Others become scraggly because parts of the plant have died out. Still others get so dense and overgrown that they no longer produce a good display of flowers.

To reinvigorate your garden, you need to remove the mature plants and replace them with a smaller amount of the same plant.

All perennials get larger over time, but they grow at different rates. Some grow so rapidly that they need dividing every two or three years. Other, such as peonies, grow slowly and rarely need dividing. Here’s a list of some common perennials and when to consider dividing them: 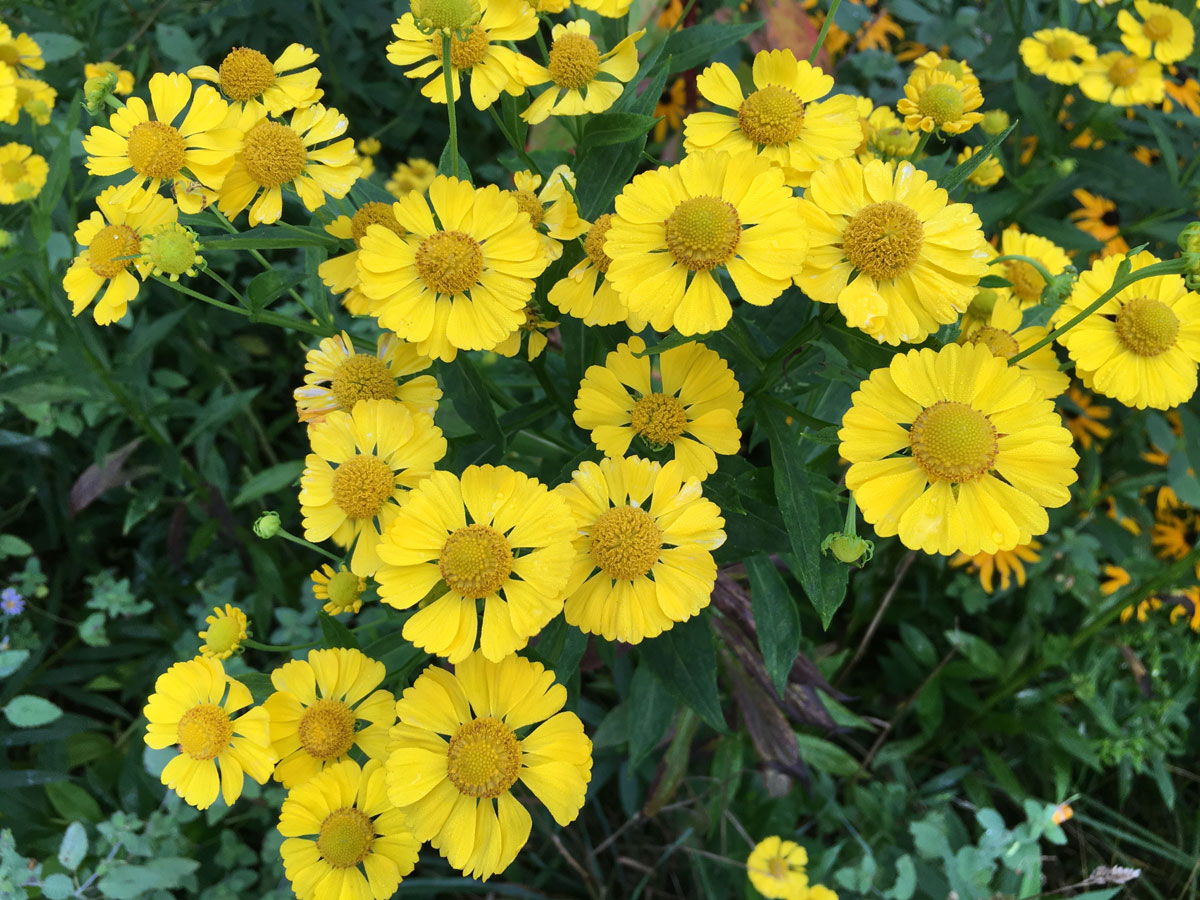 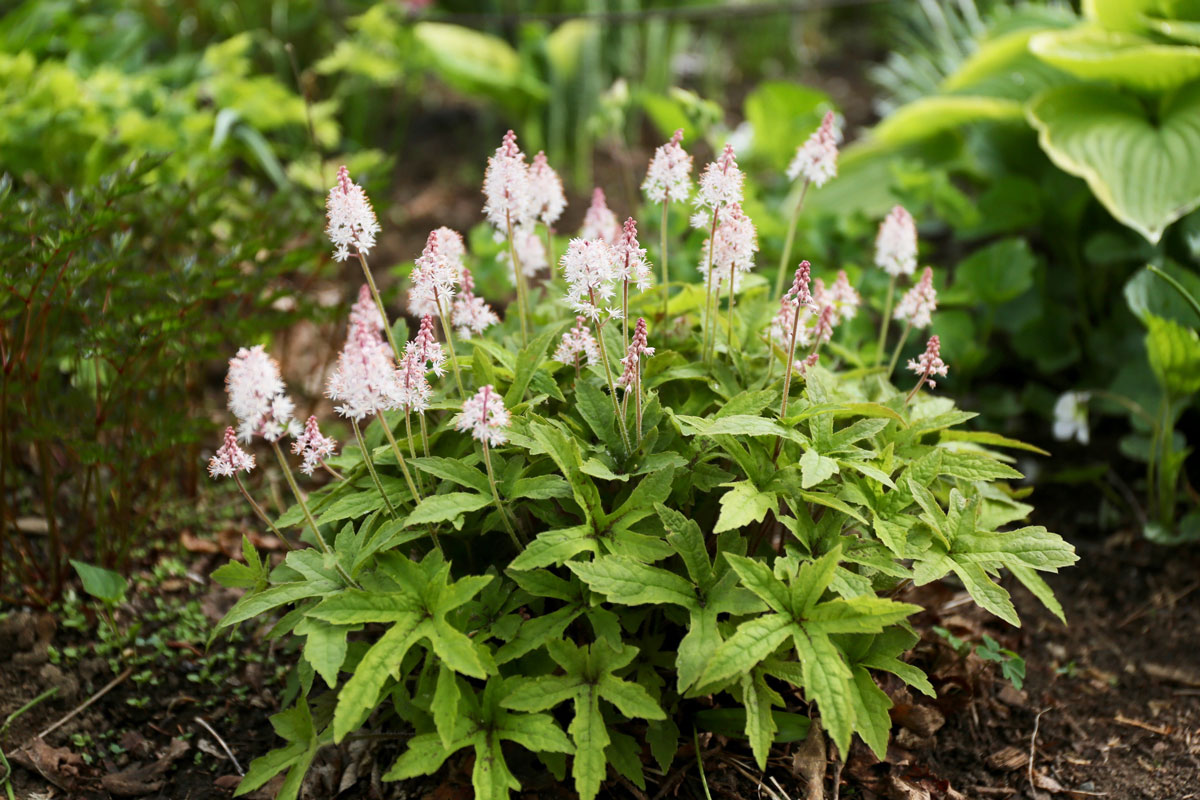 The Best Time of Year for Dividing Perennials

Fall or early spring are the best times for dividing perennials. It’s easier to recover from being dug up and chopped into pieces when air temperatures are cool and the soil is moist.

The second-best time to divide your perennials is early fall. This is especially true in areas where fall is rainy, and temperatures are mild enough that the soil doesn’t freeze until December. Wait until nights are cool and your plants are starting to prepare for winter. 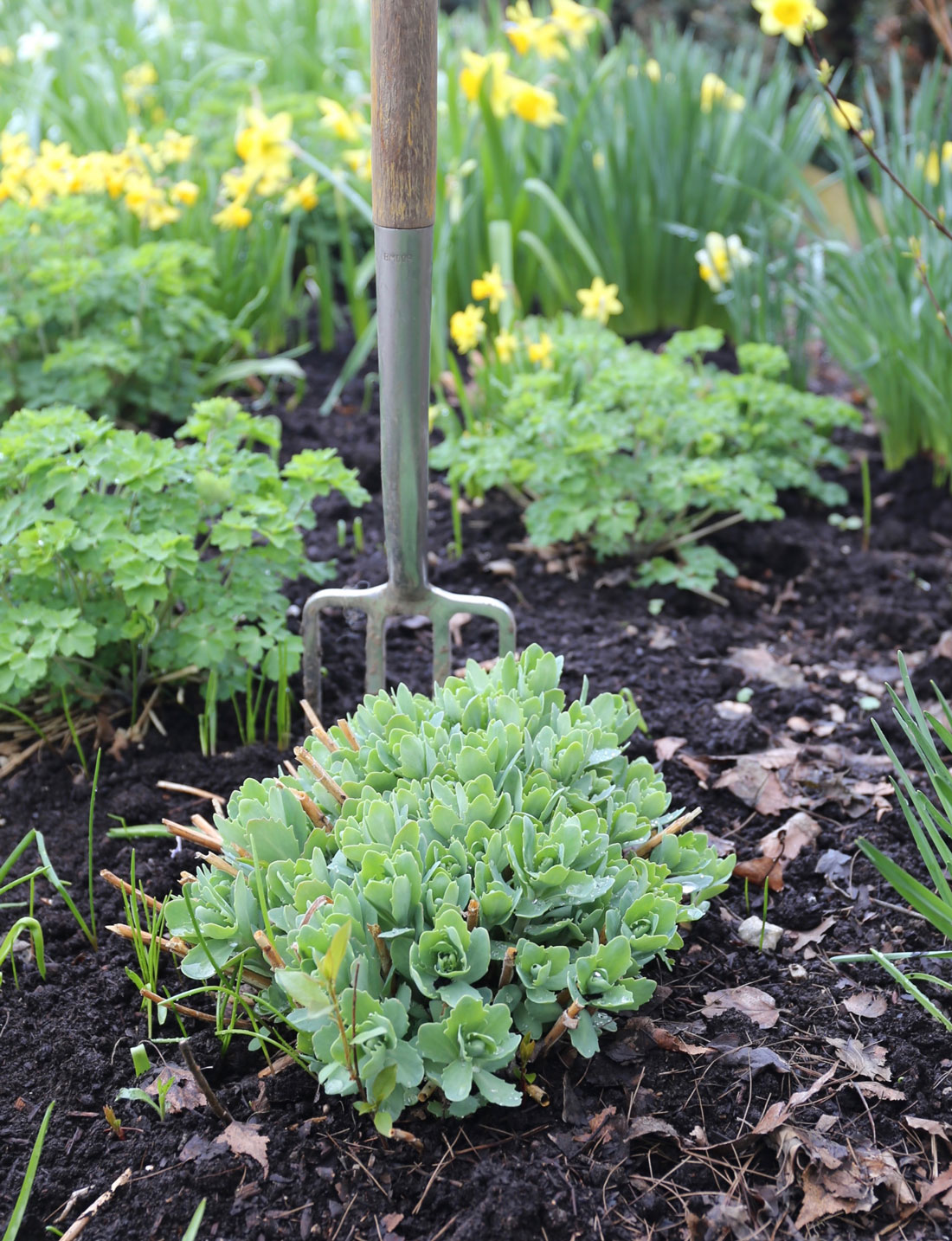 How to Divide Perennials

If the plant is relatively small, you can leave it in place and simply use a sharp spade to chop it in half. Take one half out and reposition the other so it is centered in the hole.

If the plant is large, it’s best to dig up the entire root ball and lift it out of the hole. This can be heavy work for plants like daylilies and Siberian iris, so consider recruiting a helper. Put the plant on a tarp, and work quickly. If you can’t complete the task within an hour, moisten the roots and cover them with a tarp so they stay cool and are protected from wind.

Perennials are as different underground as they are above ground. They each have a unique type of root system and dividing them requires a slightly different approach.
When dividing a large clump of Siberian iris or garden phlox, you may need to use a pruning saw to cut the root ball into sections. With other perennials, such as daylilies, sedum and eupatorium, you may be able to slice them in half with a shovel or pry them apart with a garden fork.
Sometimes plants can be easily pulled apart into separate segments. Examples include beebalm, Shasta daisies, heucheras, primroses and heleniums. With experience you’ll learn what to expect when digging up a certain type of plant. 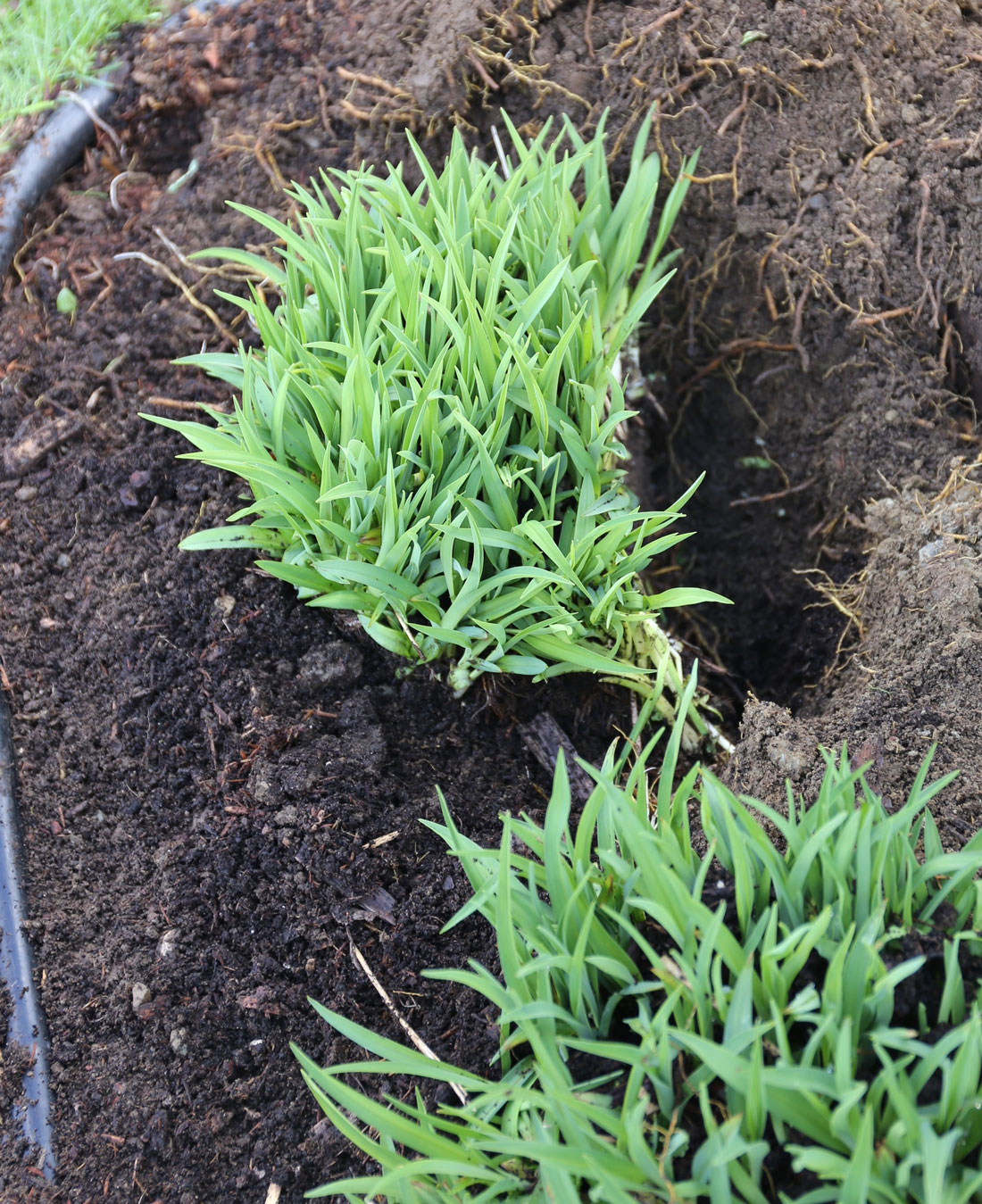 Before replanting, take time to freshen up the soil by incorporating a shovelful of compost and a handful of granular organic fertilizer. What size plant should you put back in the hole? With fast-growing perennials, you may want it to be relatively small, so you don’t have to be dividing again in a year or two. On the other hand, if you don’t want a gap in the garden, you may want to replant a section that’s no less than half the size of the original plant.

Discard any pieces that are weak or dead and replant only the healthiest sections. It’s better to choose young growth from the outside of the clump than old parts from the middle. If you wind up with extra plants, you can add them to other parts of your garden, pot them up for later, or share them with friends.

Allow a couple weeks for the new divisions to take root. Help them out by keeping the soil evenly moist for at least 2 weeks. 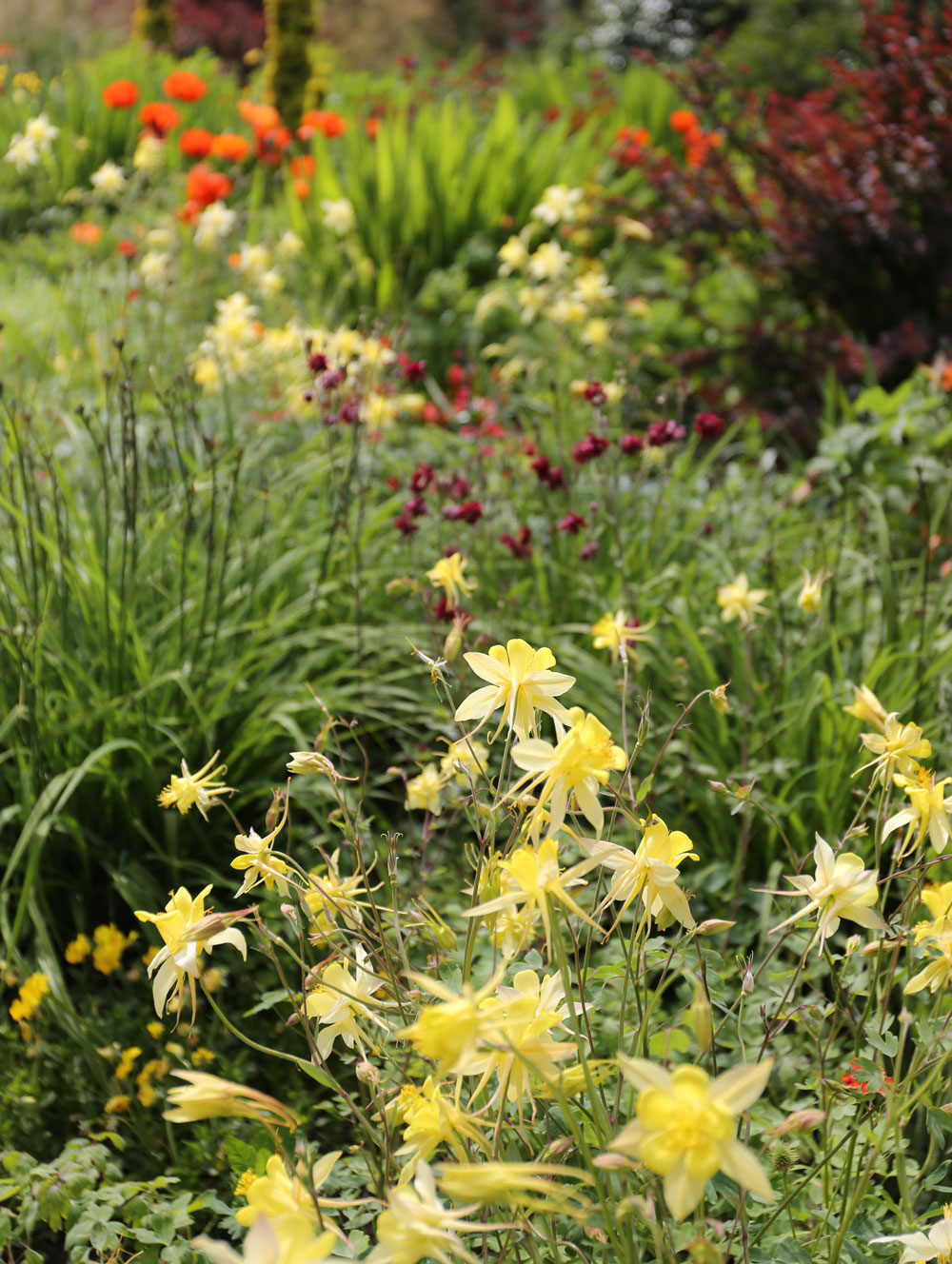 If you want to revive or reclaim an aging perennial garden, it’s best to dig up and divide every plant. This way you can remove all the old, unproductive growth and start over with healthy, vigorous plants. Any clumps that are filled with grass or invasive perennials should be discarded. Otherwise you’ll have to deal with them again in a few years.

Before replanting, rake through the bed to check that it’s completely weed free. This is also the time to improve the soil with compost and granular organic fertilizer. Once you have finished planting, water as often as necessary to keep the root zone moist for at least a month. Mulching around the plants will help control weeds and retain soil moisture.

Learn more about growing perennials here: How to Select Perennials for All Season Color